In some news that will excite young people and families in the Central Coast, construction of the Lions Club of Ulverstone’s new Fairway Park Pump n Jump track is nearly complete.

The crew from Mtn Trails have braved the elements and continued working on the park. If all things go to plan, it will be available for use during September. The project has been delayed due to the weather conditions being more conducive to making mud pies than pump and jump parks.

Members of the Lions Club will be installing seating, picnic tables and bike racks, adding to their handy work in constructing the ramps over the park’s drain. This existing drain has been expanded to accommodate the volume of water that accumulates at the site and is expected to protect the park from any future damage during periods of heavy rain.

Keep your eyes out for the official opening which will be advertised in coming weeks. 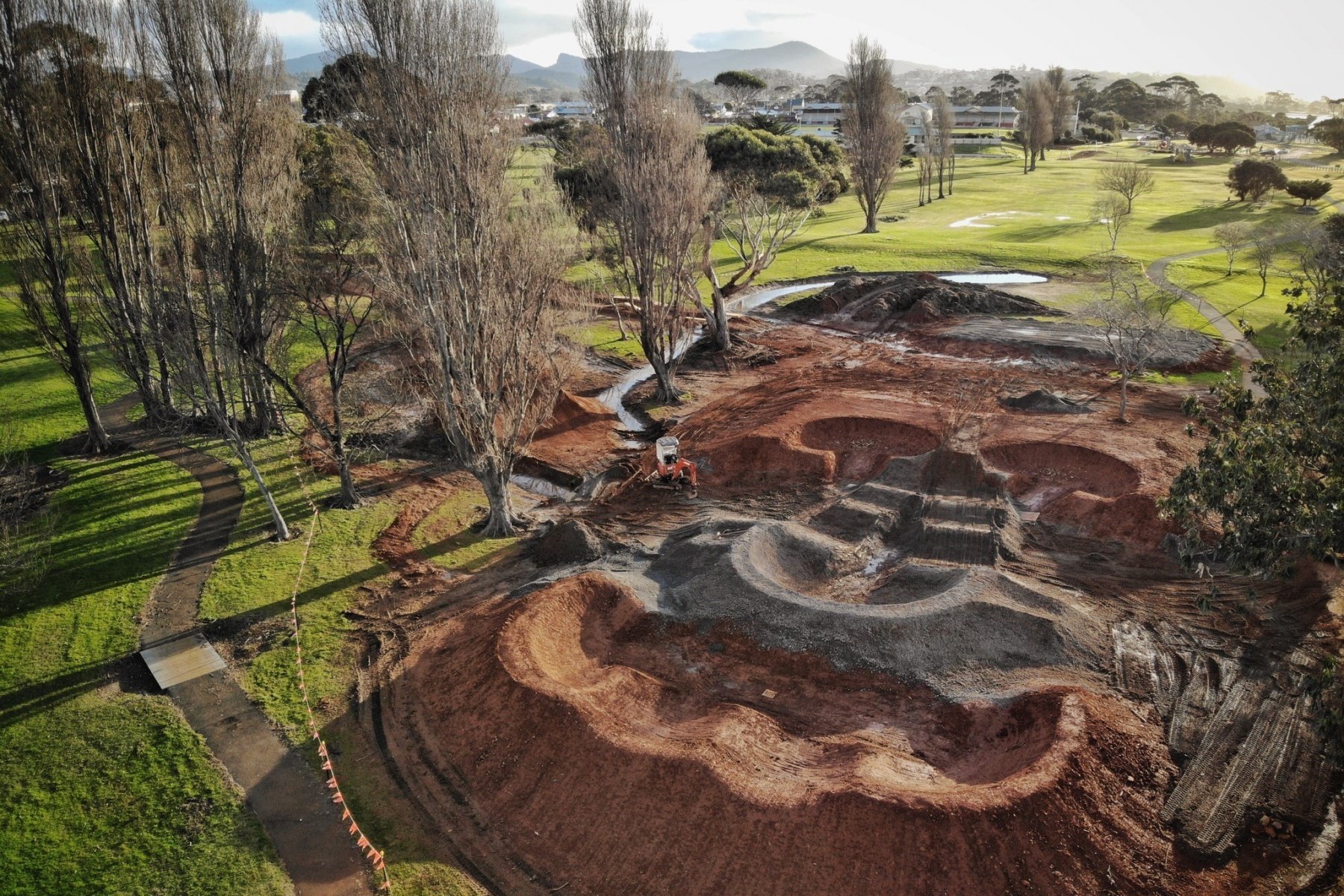