Central Coast Council were honoured and delighted last week to receive the 2020 Ken Gannon Community Football Facilities Award for Tasmania, from Shayne Ward, Head of Facilities for the AFL.

The redevelopment project completely overhauled the facilities across the site, providing four modern, full-sized change rooms and amenities, two smaller facilities for umpires and officials, with all amenities having universal access, privacy, and unisex suitability for all users.

The project success was the result of a collaborative, team-focussed approach between the Council and all parties.

In particular, Council worked closely with the building contractor, MeadCon, the project design team, led by Tasmanian Consulting Service, and the Ulverstone Football Club, whose members and committee were supportive and actively involved throughout the project.

Mayor Jan Bonde said, “it is such an honour that the work undertaken has been recognised by the Ken Gannon State Facility Award and a big congratulations to all involved, with a special acknowledgment and thank you to the State and Federal Governments and AFL Tasmania for funding this successful redevelopment.” 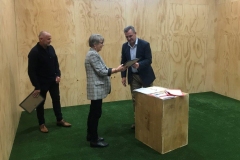 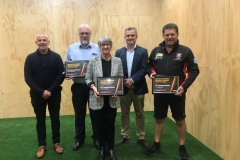 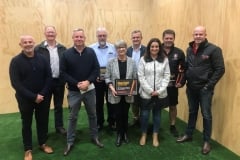